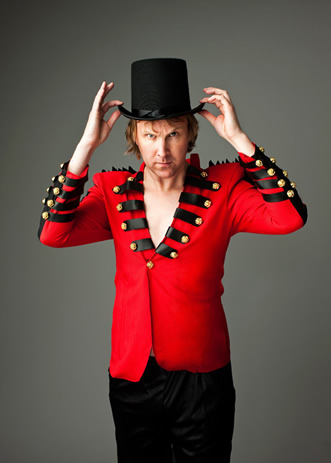 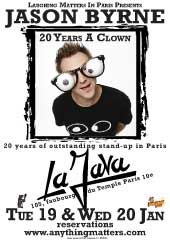 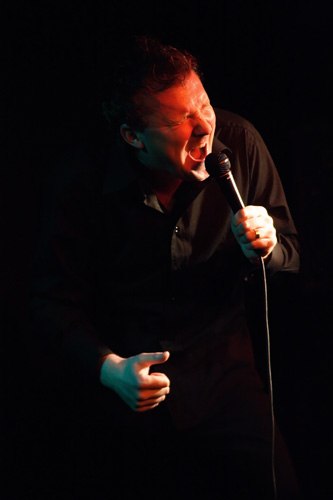 Jason's at la Java for two nights of familiarly raucous improvisational stand-up comedy
He's a terrific live performer who's a crowd favourite at Kilkenny and Edinburgh.
He does have some material that he's actually thought of before the night, but he generally doesn't get around to uttering it, as the audience and surroundings always seem more stimulating to him than his scripted gags

It’s a pity no one has invented a machine to harness Jason Byrne, for the Irish mop top has enough hyperactive, supernova energy to power the National Grid ten times over and then some.
Once the residual high of watching this human reactor has faded, a sense of regret kicks in.
Regret that Byrne’s vast reserve of material and live riffing can’t be squeezed into one hour and that it’s not humanly possible to see every single show he ever does for the rest of time. He’s that damned good.
Paramount Comedy

Byrne skilfully forges the appearance of having an act without material, milking his audience for all he can. Seldom cruel, yet always intimidating, his inquiries into relationships and occupations elicit confused responses, mindful of the mischievous distortions that will follow. It’s a simple yet effective ploy, establishing the Irishman as the room’s ranting village idiot and alpha male simultaneously.
Byrne possesses an uncanny ability to convince those he interrogates of the accuracy of his characterisations, so much so that they begin personifying their caricatures, no small achievement with strangers. Always worth seeing, Jason Byrne could surely turn the most hostile room to his humour.
The Scotsman

With no two shows alike, this is high energy, high quality, unpredictable and unmatchable comedy at it’s very best.

“Awesome, amazing, brilliant, hilarious and the outright King of Live Comedy” The Times 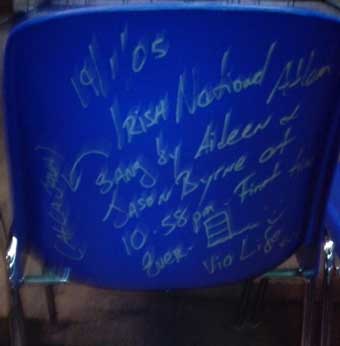 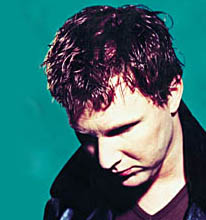 " He heals the sick and cures the lame. Ireland's finest rocket fuelled comedian, a heart ride,
so funny it's religious, Jason Byrne for Pope! " Tommy Tiernan 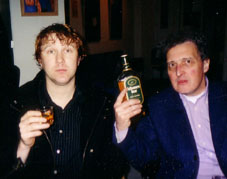 "Combines comic routine with bizarre improvisation, always interacting with an audiencethat adores him... Whatever he does or says renders the crowd powerless with laughter. ...
Yes, Jason Byrne is that good. Five more stars for his collection." Metro

... "His compellingly energetic style and infectious laugh drives his hour-long set along, rarely letting up long enough for the audience, or Byrne, to take more than a breath. His banter with members of the audience is effortlessly done and sustains the show beyond anything most other stand-ups could manage... everyone is fully involved in the show and loving it." Edinburgh Evening News

"Byrne has now proved himself a master of off-the-cuff stand-up, with a following to match... his quick wit and throwaway lines win us over every time... he has the audience, and himself, laughing non-stop from start to finish... after a hard week's work, a dose of Byrne is just the ticket - if you can get one that is." The Scotsman 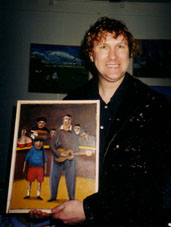 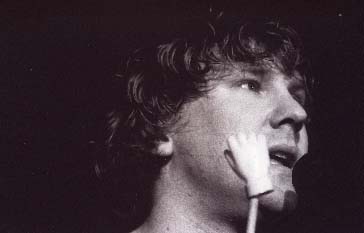 With as much explosive energy as a medium-sized thermonuclear device, Byrne unleashes a non-stop tirade of indignant fury that steamrollers his audience into submission. This fast-talking Irishman rages against anything and everything, seamlessly incorporating off-the-cuff comments about the night with topics that have clearly troubled his mind for some time. But he's no angry young man railing against the system, rather he cuts a Basil Fawltyish figure, driven to the brink of insanity by trivial everyday frustrations. And how powerful that mock fury is, the sheer force of his performance compelling even the most reluctant of audiences to listen in thorough absorption.Without that force, the quality of the material might not stand up to much scrutiny - but you are honestly too engrossed, and too busy laughing, to care.
Chortle.co.uk

Comedians - especially Irish ones - love to give the impression that they've just, you know, kind of wandered in from the bar to do their set. With Jason Byrne, you wonder if it might actually be true. He was probably born knowing how to make people laugh.
Byrne arrived on a stage laden with props (half of which he didn't use) and within 10 minutes had delivered a seemingly unrehearsed tirade on farmers, supermodels, American tourists and baby seals.
Few comics are as relentlessly physical. He used the entire width and depth of the stage as he prowled around, searching for his next target. His non-stop patter gives the impression that he's permanently on the verge of some kind of mental meltdown. But it doesn't take long to realise that it's really just the side-effect of a lightning-fast brain.
Byrne has the same rare gift as the late Bill Hicks for effortlessly pulling comic riffs from whatever happens to be on hand (or in the audience) on the night. And it's a tribute to his natural talent that his off-the-cuff material was able to induce the rising waves of hysteria that his prepared stuff couldn't quite deliver. " Oh, and it goes without saying: don't be late. Or an American tourist.
Maxton Walker, The Guardian

"Then he stands in front of an audience for more than 20 seconds, they begin to laugh out loud - and they don’t stop until he goes away"
The Independent

"Jason Byrne is the best comedian in Ireland. A truly original performer who has managed to harness his innate sense of anarchy and turn it into breathtakingly inspired stagecraft"
The Evening Herald

"Jason Byrne is a truly unique experience, and quite simply one of the finest and most daring comedians around. Unmissable."
Glasgow Herald

"If you are not on the floor helpless with laughter, you are probably dead"
The List

"A comedy star of absurd proportions- unmissable"
The Irish Independent

Chortle views
Saw Jason Byrne for the first time last Saturday. A very, very funny show. Anna
He's brilliant. I want his kids. Francesca
If we could only bottle his energy we could power small vehicles! I think he's fantastic. Marc D

Laughing Matters presented way back in 1998 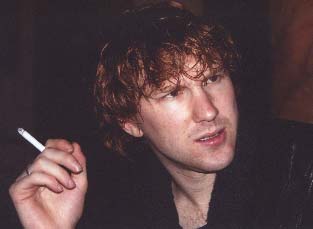 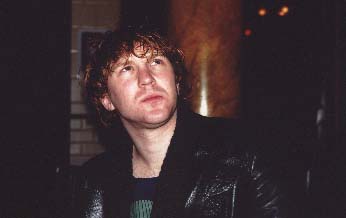 and was a bit of a dreamer 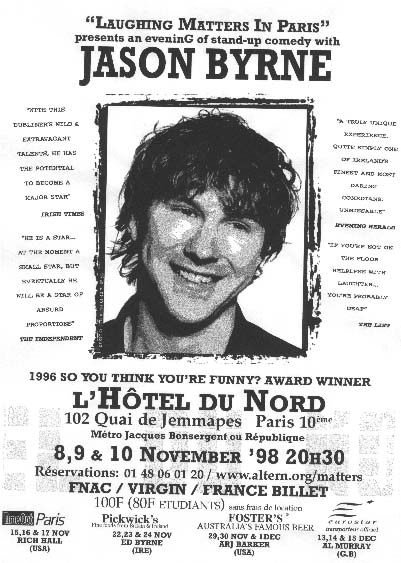