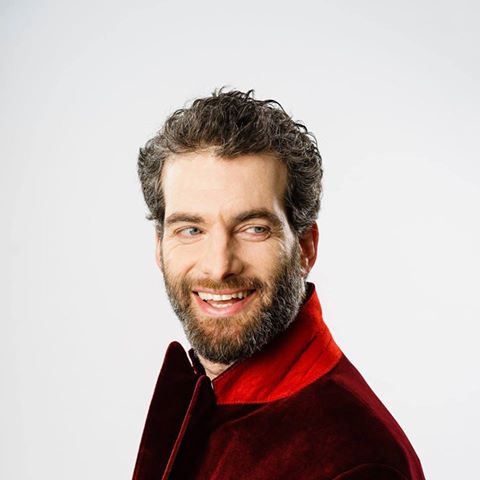 "I can only congratulate you on securing Mr Antopolski's Presence [sic], one of my true
friends in the business." Simon Evans

"Breathtaking stage presence makes even his having his pants on his head
seem hilariously poetic." The Independent

"Quite simply the daftest, silliest and most uplifting show I have seen"
The Observer

"One of britains genuine comedy pin-ups." The Scotsman

"You're unlikely to see a slicker, more self-assured performer than Dan
Antopolski. He gives you plenty for your money." Daily Telegraph 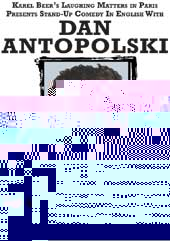 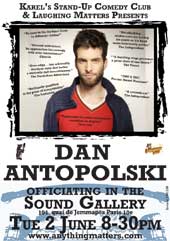 Dan was last seen (on stage) in Paris in 2005 and was the penultimate act to appear at the Hotel du Nord
(the closing honors went to Tom Rhodes) our paths crossed in Edinburgh last summer
(see video diary below) he said he wanted to come back and said the sooner the better.
Great guy and an excellent comedian -
another true original and one of that rare breed of stand-ups who have played Jesus,
a role he covered in the Da Vinci Code. 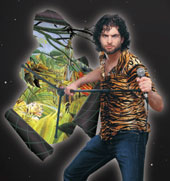 Yet another Perrier Award Nominee 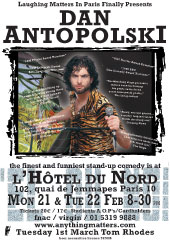 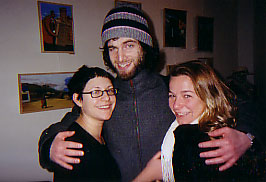