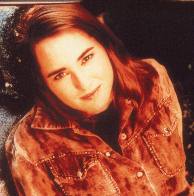 She embodies ghostly voices wailing to be heard from the other side - voices of tormented souls stumbling through Civil War swamps, fighting in Indian rebellions, lamenting the loss of love and hoping for a better world to come. That is the landscape that singer-songwriter Oh Susanna (aka Suzie Ungerleider) can conjure at a drop of a lyric and a pluck of a doomed chord.

Best known for her harrowing ballads which seeded her self-titled debut album and which came to full bloom on her second recording Johnstown, Oh Susanna sings in a voice of passion which transfixes and transports.

"When I perform, I feel myself traveling through a character's life. I am also journeying into my own inner life of dreams and passions. The songs are a doorway for me to walk through into another world - a deep and mysterious place that we rarely get to visit. By watching and listening to me I hope that a person is inspired to journey into this other world of deep emotion."

Oh Susanna grew up in a family obsessed with music ranging from Ella Fitzgerald, Duke Ellington and Leonard Bernstein to Bob Dylan, the Beatles, Big Bill Broonzy, Sam Cooke and Pete Seeger. She spent her youth rummaging through her aunt and uncle's folkways records, attending folk festivals at Jericho Beach and slam dancing at all-ages punk shows held in the warehouses of Vancouver. In Suzie's mind folk music, punk, rock and rock 'n' roll were all linked. She saw DOA play a benefit concert with Pete Seeger, the LA punk band X sing Woody Guthrie tunes, and the Rolling Stones do Robert Johnson and Otis Redding.

Although at the age of twelve she dreamed of being Mick Jagger, Suzie did not appear onstage until ten years later. She performed as Oh Susanna for the first time in 1995 at the Railway Club in Vancouver. She recorded a seven song tape which before its release caught the attention of US and Canadian press, radio and labels. She released the recording in 1997, began touring regularly, appearing at folk festivals and traveling with her companions Kinnie Starr and Veda Hille as The Scrappy Bitches.

In 1999, she released her second album Johnstown which was produced by Peter Moore known for his work with the Cowboy Junkies. The album was met with outstanding critical acclaim. That year she played the majority of her 150 shows in the US where audiences connected with her take on life in the hill, in the wild west and in old industrial towns.

"Often in Canada, I'm told how American I sound. It seems that America can accept Canadian and British Artists who interpret Americana in ways which strike to the deepest core of the music and culture. Like The Band, Joni Mitchell, Neil Young and The Rolling Stones."

About her fascination with murder balladry Oh Susanna explains:

"Murder ballads are so effective because the narrator is unreliable, you slowly realize that his or her point of view is skewed somehow. It inspires sympathy and revulsion at the same time. A murder ballad forces you to look beyond the surface of a situation and to think about human complexities.

Although much of her first two albums explore more violent themes, her current release Sleepy Little Sailor marks a departure for the Toronto-based artist.

This album is more intimate and feminine, more stream of consciousness than reportage, more inward and gentle. The album centers on the theme of dreams and hopes, fighting for them and living them and the consequences that that entails. When an audience hears you lay something bare, it makes it seem possible for them to open up and explore their own imagination, feelings and dreams.