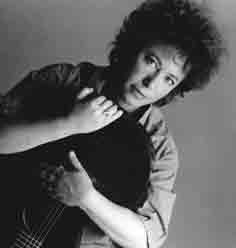 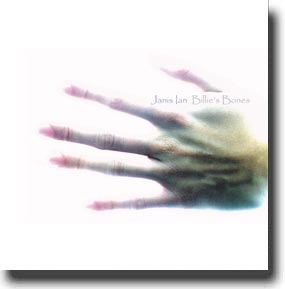 "Somebody's buying me a single malt after this"
janisian.com

Through more than three decades, Ian has managed to keep folk music fresh and inspiring, always winning praise for her remarkable songwriting and tender voice. At the age of 15, Ian's career exploded with the release of her controversial tale of interracial love, "Society's Child." The self-penned song topped the charts and created a storm of discussion that featured Ian on The Tonight Show and in Life, Look, Time and Newsweek. Her debut album, 1967's Janis Ian, earned Ian the first of nine Grammy nominations.
Ian soared to new heights in the 1970s with her trio of masterpiece albums: Stars, Between the Lines, and Aftertones. Stars included the hit song "Jesse," which Roberta Flack made a pop standard. Between The Lines propelled Ian to superstardom with
"At Seventeen." The single sold more than a million copies. Aftertones proved to be one of the most critically acclaimed albums of its day and featured Ian's friends Odetta and Phoebe Snow as supporting vocalists.
Ian entered the '80s with the international disco hit "Fly Too High," a song featured on the soundtrack of the Jodie Foster movie Foxes. It began a successful string of projects for films. Ian has scored and/or contributed title tunes to such movies as Virus (1980), Betrayal (1977), The Bell Jar (1979), Falling From Grace (1992) and Four Rode Out (1969). She has also contributed to such television projects as the ABC Movie of the Week Freedom (1981) and the hit series Murder She Wrote.
Throughout the 70s and 80s, Ian took a break to study acting with Stella Adler, also studying ballet with Dora Krannig of the Royal Ballet. Ian reemerged in 1993 with Breaking Silence, which tackled controversial material like the Holocaust, domestic violence and open eroticism, and which was nominated for a Grammy as Best Folk Album. 1995's Revenge examined the issues of homelessness and prostitution. Returning to recording with a vengeance, she released Revenge in 1995, Hunger in 1997, and God And The FBI in 2000.The release of her 18th studio album, Billie's Bones, is the latest achievement in Ian's remarkable career. Billie's Bones beautifully showcases Ian's superb songwriting and sultry vocals. The result is a resplendent mix of unadulterated folk, jazz and blues performed in Ian's unpretentious styling.
The album also includes a duet with one of Ian's heroes, Dolly Parton. Parton joins Ian on the beautiful "My Tennessee Hills."