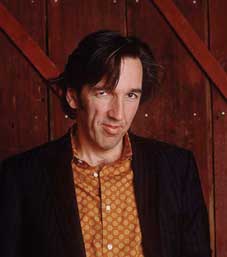 Stephen Fearing was born in Vancouver and raised in Dublin.
Upon his return to Canada in 1981 he began a career in music.
In addition to his solo career, Fearing is a founding members of Blackie and the Rodeo Kings.
A troubadour since the late ’80s his a new album on True North Records - Yellow Jacket is the eighth solo release from one of Canada's most respected performers and as always it features a potent combination of powerful and affecting lyrics, pure vocals and masterful musicianship. Over the last twenty years Stephen Fearing has penned some of the most literate, stirring and emotionally charged "folk" music on this planet. Beguiling Eyes was covered by Gregson & Collister and more recently up-and-coming jazz star Gwyneth Herbert.
Without question Stephen Fearing is one of the finest singer-songwriters working today. 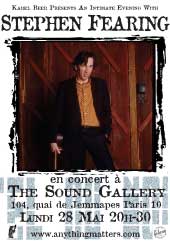