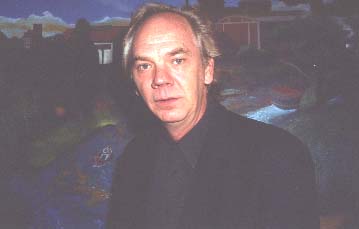 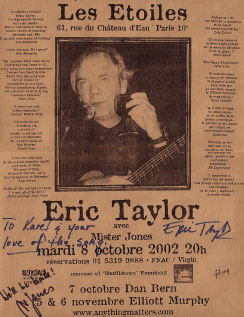 "I bought all of his cd's after the last show, it blew me away...
I even gave a copy to my German girlfriend & asked for it back when she left"
Bobby (average Joe) Tonge 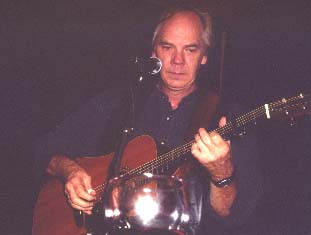 in concert with
Mister Jones 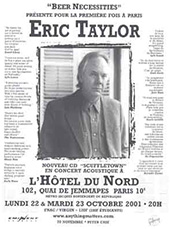 One of the most influential songwriters to ever come out of the state of Texas.
Over the years he has had a profound influence on the evolution and developmen
of artists such as Nancy Griffith and Lyle Lovett..... who says


"I'm always the opening act when I'm around Eric. I love his voice, and he has a great narrative quality and sense of detail. It's good writing, no matter how you cut it, like Springsteen on Nebraska."
Lyle Lovett

"It should be said that not only is Eric Taylor a Brahma songwriter, he is also a stunning acoustic guitar player. Mostly in a D tuning, he finger picks his way into your psyche. With a fine sense of time he creates clouds of tumbling dischords and riffs I can only ever dream of forming."
Iain Matthews 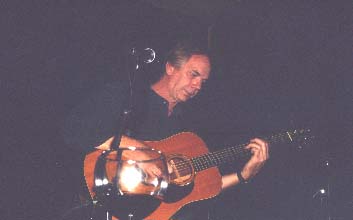 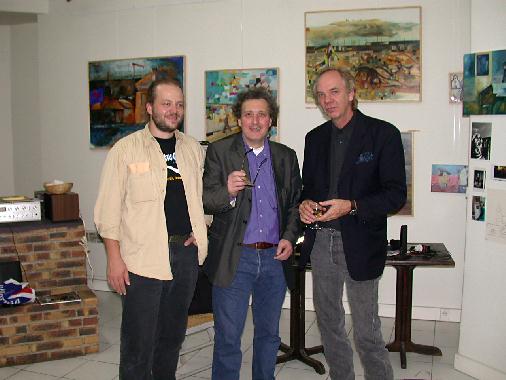