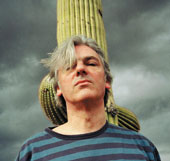 It was the final concert at the Hotel du Nord
Peter was there for the first show in 1997
and appropriately present for the last in 2005
True to form when the HdN was announced as double booked on monday
we had to hastily switch venues to La Java.
After sunday's show we had a few drinks
and a sing-a-long in the Sound Gallery 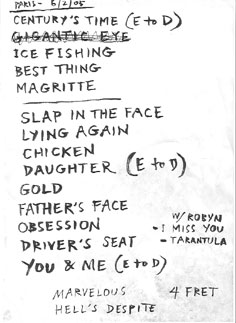 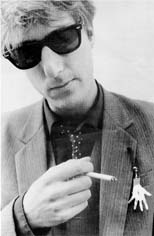 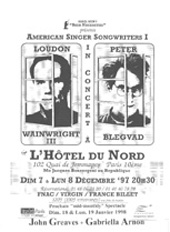 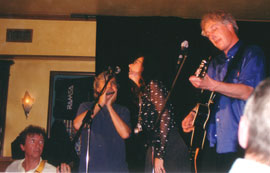 Strutting with Syd, Robyn and John

If Robyn at long last came to do a show in Paris it's thanks to another of his buddies Peter Blegvad who enthused about the gig following his shows with Loudon Wainwright III in 1997. A great singer songwriter with a string of excellent albums to his credit Peter wound and found his way through bands such as Slapp Happy, Faust, Art Bears, Golden Palominos and The Lodge. When he's not drawing his weekly cartoon strip Leviathan for the Independent he's doing something else such as seducing dusky voiced chanteuse Syd Straw into coming along for the ride. It was simply unmissable, two unique even-ings in the company of three exceptional performers! 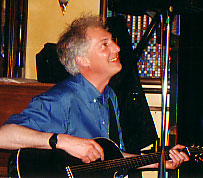 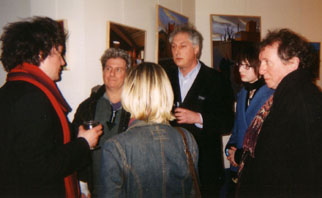