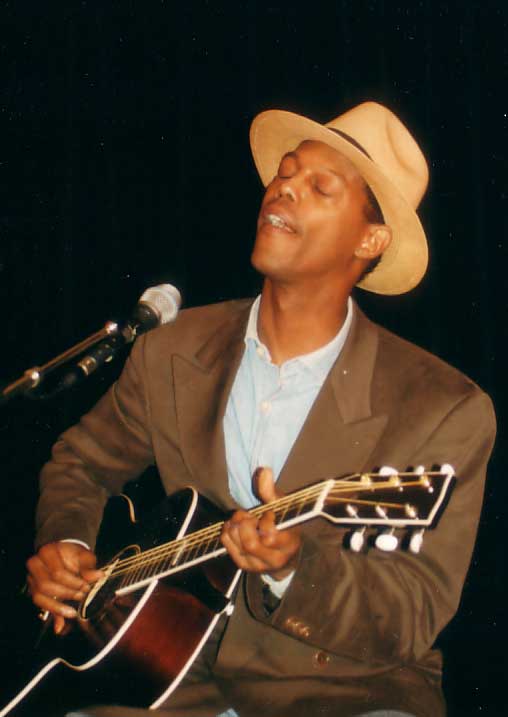 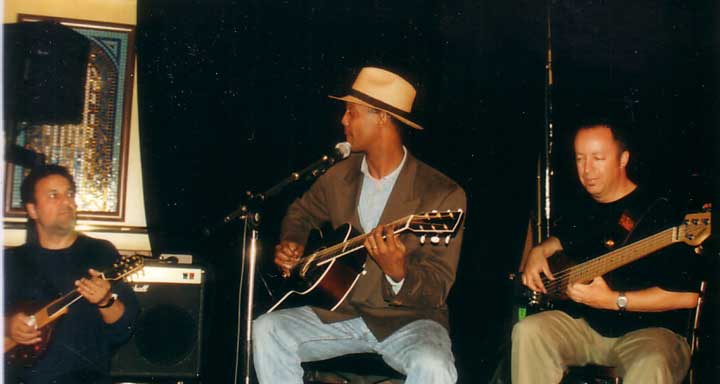 When Eric came to the HdN in March 1998 his 2 dates sold out so fast we had to add a 3rd show. He's back with a new album "Home to Me". His soulful, gospel-influenced, folk-country blues melds a traditional rootsy American style with a subtle, contempor-ary sensibility, and embraces the sound and spirit of the legendary Mississippi John Hurt, Son House and Reverend Gary Davis. Bibb will be performing with Dave Bronze and Steve Simpson. His crisp, rich vocals provide a perfect balance to his fine finger-picking guitar technique. Winner of Best Newcomer in the British Blues Awards, Bibb has been described as "discreetly awesome" and "a total original."