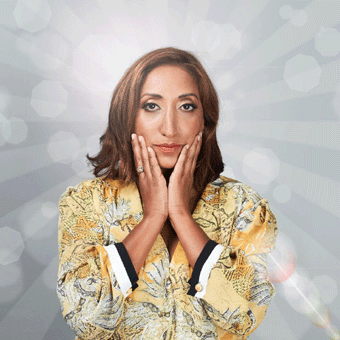 5 4 star reviews
“Shazia Mirza is provoking laughter and large intakes of breath once again ... brave and urgent” THE TELEGRAPH
“As brave a piece of comedy as you’ll see” MAIL ON SUNDAY
"she's effective at getting under your skin... strikes a blow" METRO
"at this moment in time – post-Brexit, post-Nice, post-Orlando –it’s on point chilling and superb" THE SKINNY
"Mirza has stepped up a gear... the bravest thing you’ll see on a comedy stage this year... a remarkable finale" SUNDAY TIMES 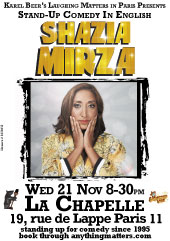 . Laughing Matters Presents Stand-Up Comedy
With The Columnist Of The Year
Shazia Mirza 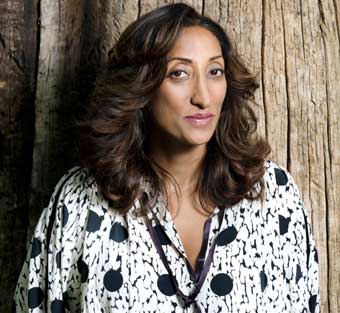 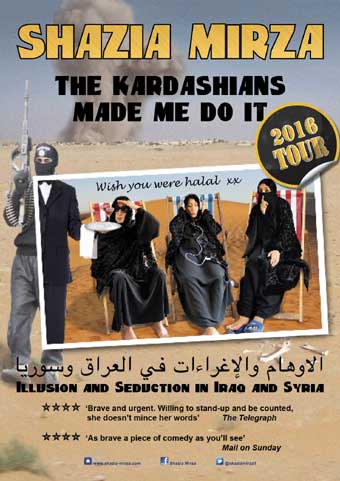 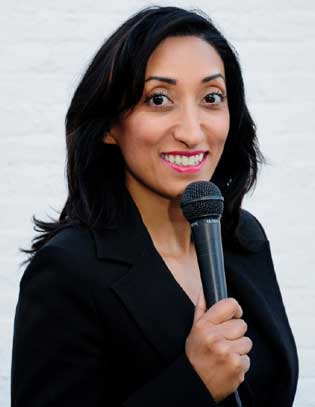 Shazia will be nesting in Paris with her Cuckooland show that she's toured the UK with
and over the summer performed in California.
Hope she had a map and didn't get lost. I'll ensure she has one this time.
Great fun-da-mental stand-up on route to la Java. 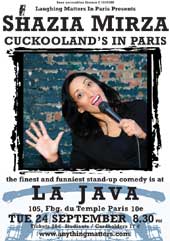 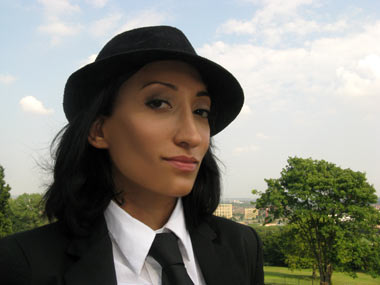 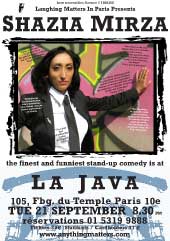 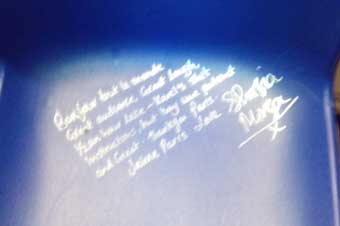 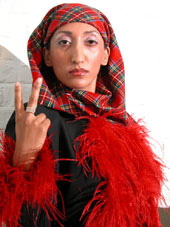 it took some persauding but in the end she straddled the scooter and we rode off into the night, she drank a lot of hot chocolate in unusual places, lost and found her eurostar ticket home and her purse with all her hard earned dosh and credit cards, got a brand new outfit from Serge Ben Simon
and lost the ice cream out of her cone.
She was also very funny for hours on end. 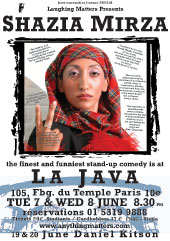 laughing matters presented the fundamentals of comedy with
Shazia Mirza 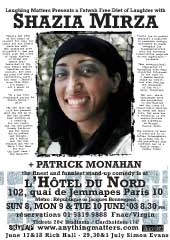 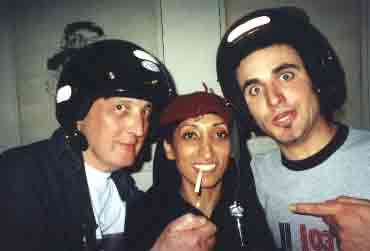