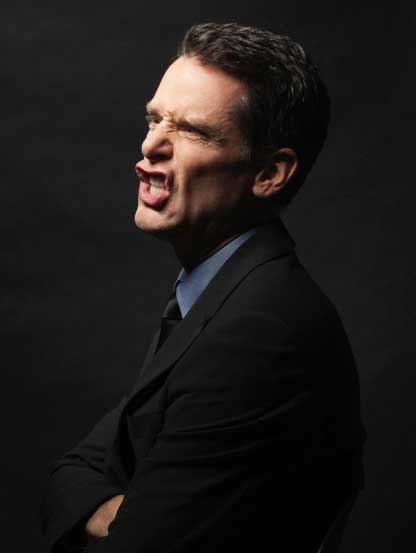 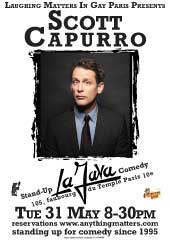 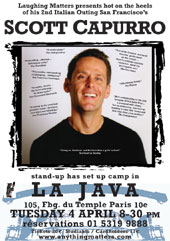 click on the pic to hear Scott's personal message, left just for you 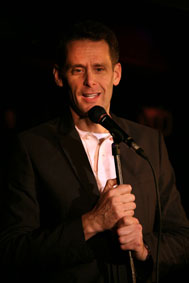 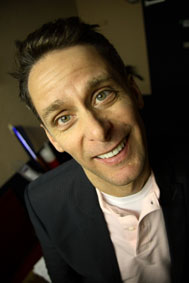 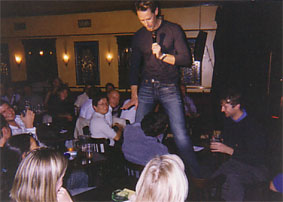 click on the photo above to hear Scott, Jacobus and the blonde in Milano Otcober 2003 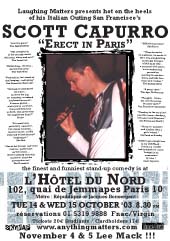 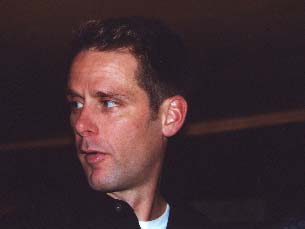 What with a 13 years old boy sitting in the front row (ok going on 14 & with his dad !) on sunday plus a couple of pentecostals, the tongues Scott was talking in and about were slightly salty. Then it was Heather & Jerome's turn on monday along with the massed ranks of Alstomatos and some Dutch Anne frank fans too. They were a wild couple of nights. Some of it may well have been illegal but the chocolate karma sutra was a sweet way to end it all.
Remember as the man said "candy doesn't make people gay".
But Scott does make them laugh. 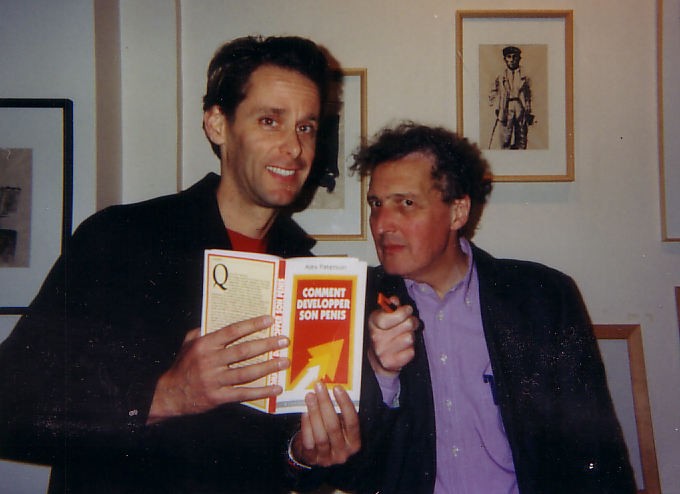 Scott Capurro is a stand up comic, actor, playwright and author. He’s performed comedy in all English speaking countries, including San Francisco, from where he hails, and Scotland, where English is barely spoken, and where he won the prestigious Perrier Award at the Edinburgh Fringe Festival. He’s appeared in several films, including Star Wars; Phantom Menace, playing one head of a two-headed monster; and Mrs. Doubtfire, playing a homosexual. His book, “Fowl Play”, a comedy novel about murder and date rape, is out of print. He’s working on a second novel about the making of a Broadway musical, entitled Runt. He lives on friends’ couches. 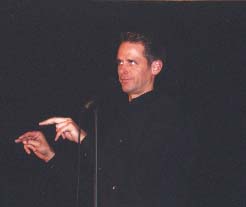 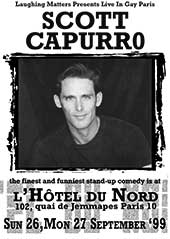 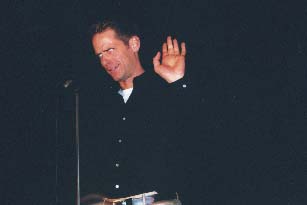 Scott hails from San Francisco and is the hottest gay stand-up comedian on the comedy cicuit. Not a man to mince his words he dishes up a winning mixture of high camp, low living, raw lust and catty banter. Winner of 1994's Perrier Best Newcomer and Spirit of the Fringe Awards his 1999 Edinburgh show "Fowl Play" described as "erect comedy" was appropriately posted as "standing room only".