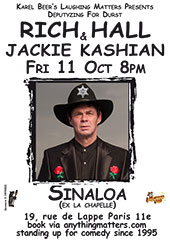 Will Durst was unable to perform in Paris as expected.
At short notice we have managed to find two great Ameriucan stand-ups to deputize for Durst.
From Wisconsin Ms Jackie Kashian who just so happened to be in town
and the man from Montana Rich Hall Eurostared in from London
'cuase he knew the show must go on.
And what a show it is turned out to be.
Thank you Jackie and Rich 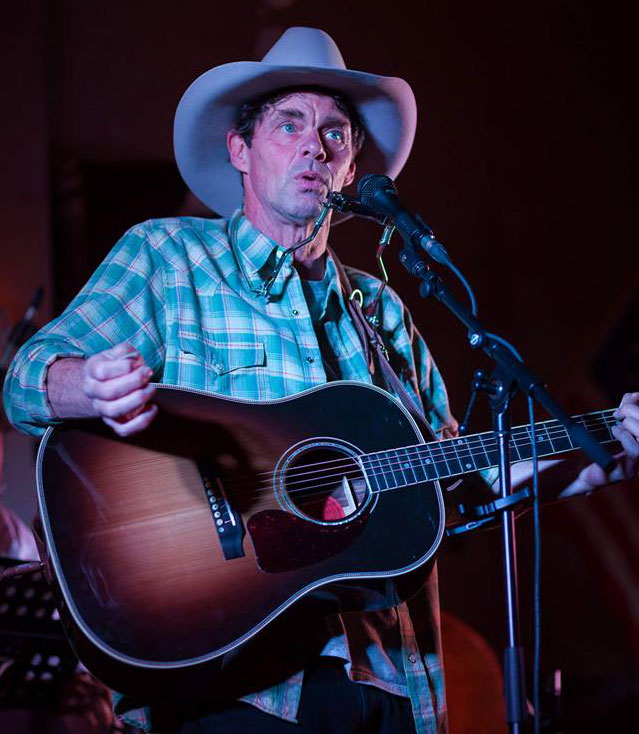 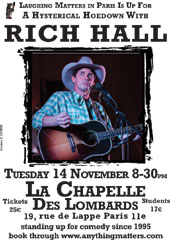 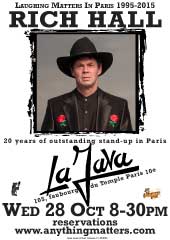 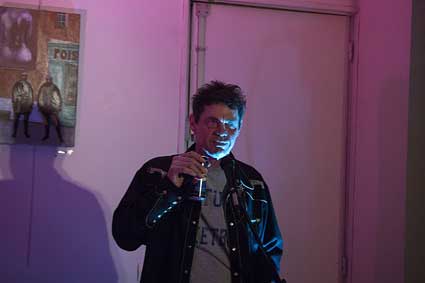 These two nights in La Java have to go down as a couple of the best comedy shows I’ve ever put on. Rich being in monumental form and enjoying every minute of performing in front of such a savvy and disparate audience. He just loves coming to Paris and he’s ever welcome.
Thanks to all of you who came and sussed out the seating arrangements, I hope none of you have grounds for complaint.
After last night’s show we came back to the Sound Gallery to unwind and jam with wine, whisky and song thanks to Rich, Rob Armus, Rodolphe Burger, Chris Kenna and Melissa Cox who played some Jimmy Reed, Rolling Stones, John Prine, Gram Parsons, Robert Johnson songs as well as a bunch of originals. Though nothing by a Willie or a Williams!
(You’d have to have been to the show to get that.) 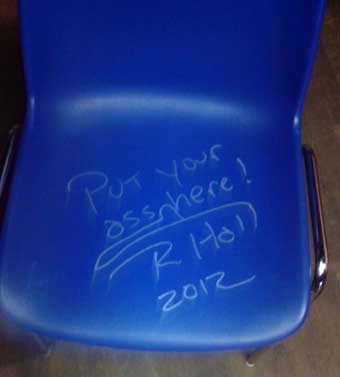 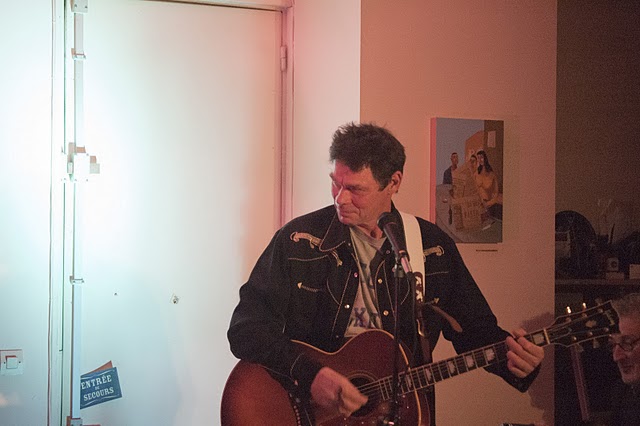 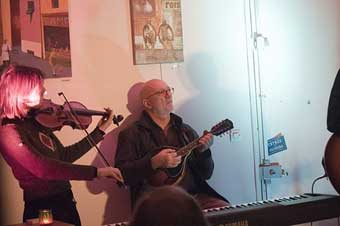 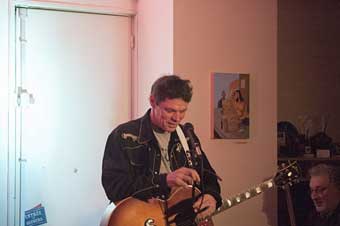 "Hi, Karel. In true British fashion I just want to thank  Rich Hall, and of course you, for the best evening we've spent in a long time.
It was non-stop laughter - a class act." Lindsay Lightfoot

"BRILLIANT!!!
Thank you Karel, That was the best show yet!
As I told you, I managed to persuade 5 colleagues to come along and I assure you they were not in the least bit disappointed! " Warren White

" Karel That was an absolutely magic night of comedy by Rich Hall last night. Just wonderful.
Get him back before too long." Richard Hadley
PS I'm only sorry I didn't come Tuesday night too

"That was two "fubits" (units of fun for me)" Justine 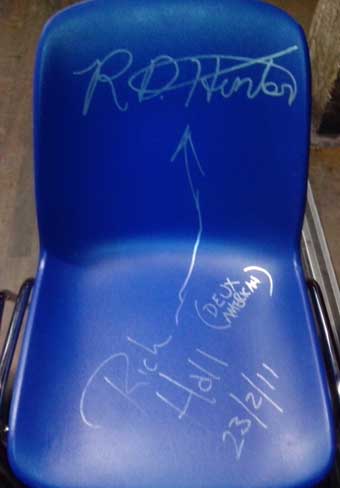 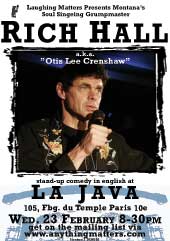 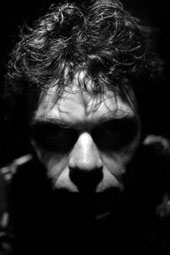 click on the photo below and you can not only hear the sound of the shutter
as the actual snap was being snipped but also Rich serenading Helen from Exeter
it ain't jazz but it sure is funny. 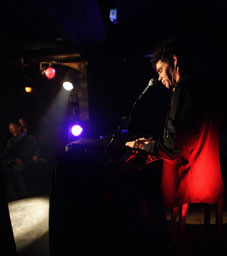 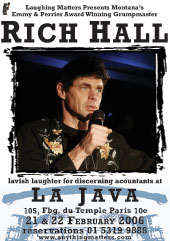 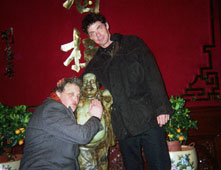 my buddah is rich 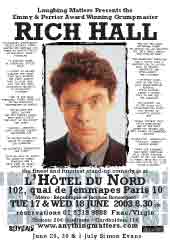 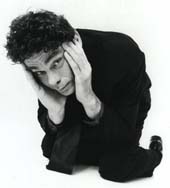 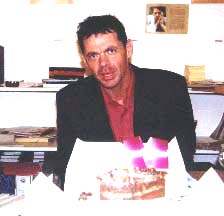 Television fans throughout the world are well aware of Rich Hall's unique brand of humor.
His appearances on The Tonight Show with Jay Leno, The Late Show with David Letterman,
HBO's Not Necessarily The News and as a cast member of Saturday Night Live have earned him a solid fan base. As an author, his best-selling books include Sniglets and Self-Help For The Bleak.

What most people don't realize is that first and foremost, Rich Hall is a stand-up comedian. His shows are as unpredictable as... Well, to put it simply - as unpredictable as trying to have a "normal" conversation with him. It's impossible to describe his humor, some journalists have made decent attempts by including "wry, thoughtful and a candidly warped view of the world." You could also add "bizarre and non-traditional," but once that was printed his next show would result in a scramble for different adjectives that were missed the last time around. 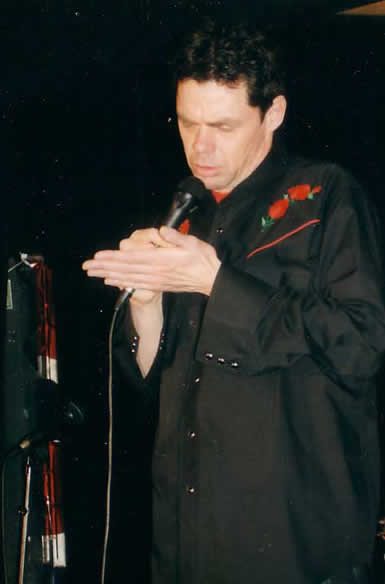 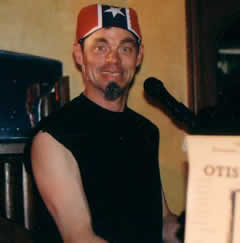 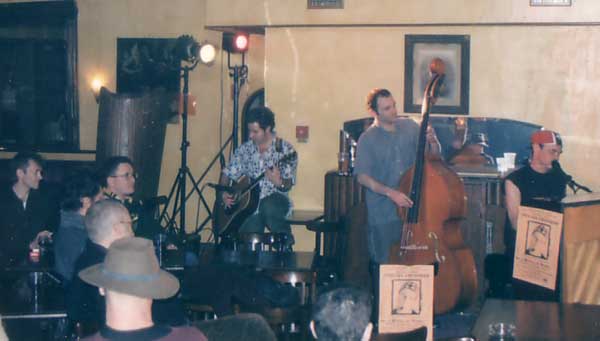 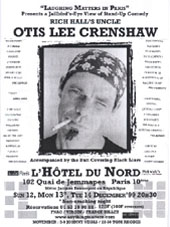 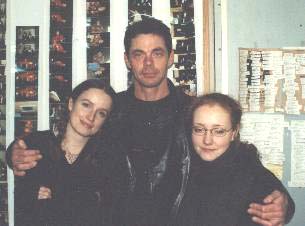 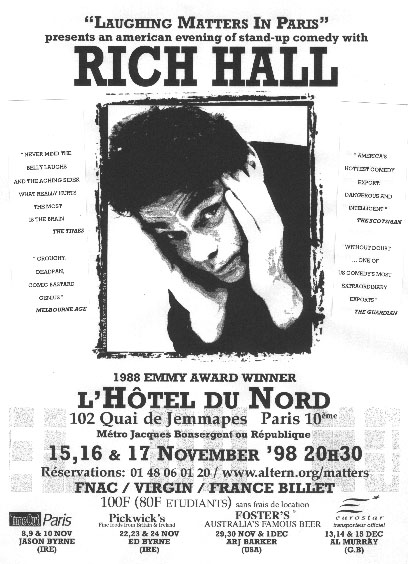