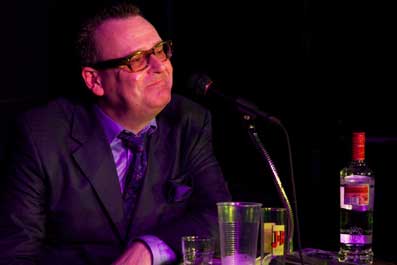 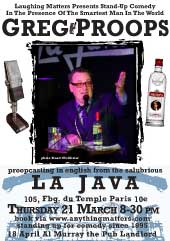 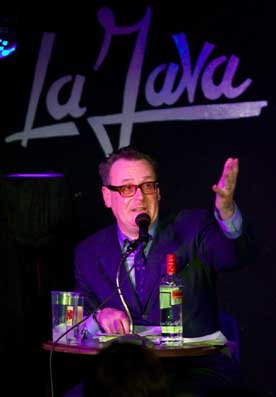 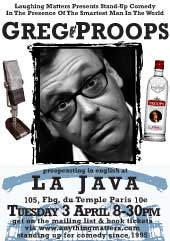 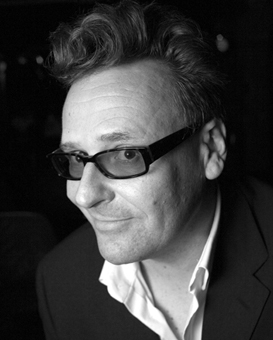 "Greg Proops gives me faith in the American people. Clever, sardonic, and
damn funny. If he lost a testicle in a knife fight I'd gladly give him mine" Adam Hills

"Greg Proops: Like a wasp with a Martini. You would swear he had a tame
leopard on te end of that microphone leash. Makes you realise how much you'd
been missing real intelligence in stand up." Simon Evans

"If you deconstruct his last name......you can get a true sense of Greg. Pro.......he is the consummate pro
And oops.......that is what he said when he slipped in the shower." Eddie Brill 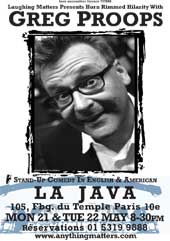 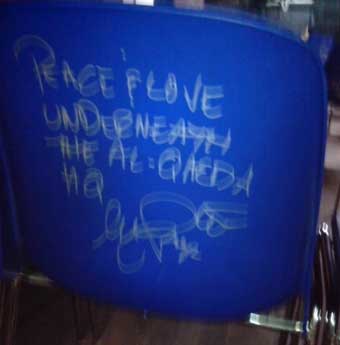 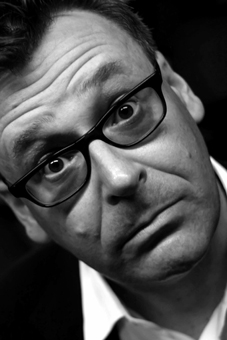 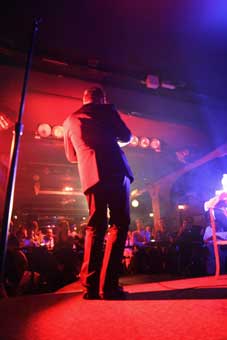 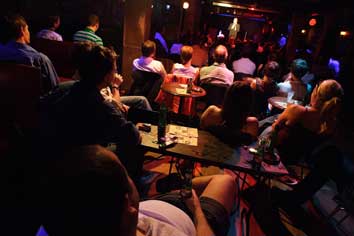 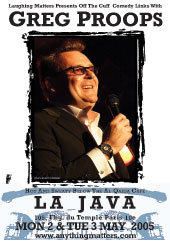 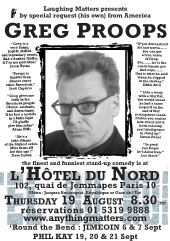 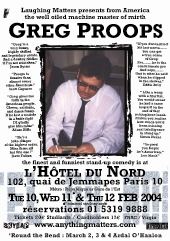 Stand-up Comedy
with the mean, moody and magnificent
Greg Proops 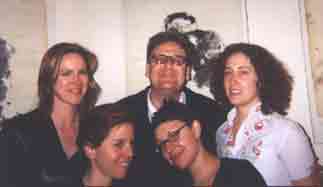 greg, jennifer and the charmarda - missing the ocelot a lot

Greg's good luck charms
I travel a lot on plans and in cars, so I feel I need all the back-up I can get. I carry champagne corks with coins in, little Buddhas, a shark with a pin saying London in it, dice, metal skulls, baseball cards, pictures of Jesus and more. I can't complain, because so far I've been saved. I didn't travel until I was 20 and became a comedian. I hadn't even been to England until I started doing Whose Line is it Anyway? in 1989. It's what I most like to waste money on -- Paris, Scotland and Turkey are my favourite places. 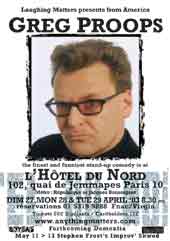