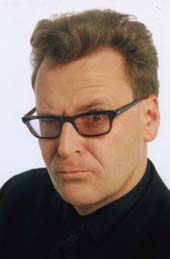 "Greg Proops gives me faith in the American people.
Clever, sardonic, and damn funny. If he lost a testicle in a knife fight I'd gladly give him mine" Adam Hills