In Concert
Gary Lucas
and friends 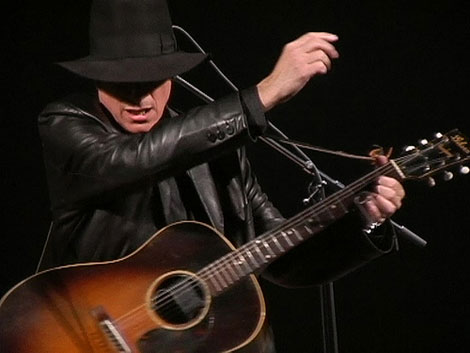 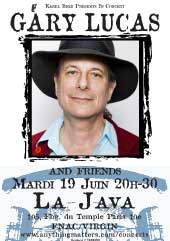 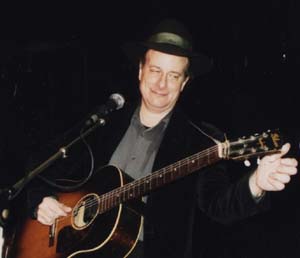 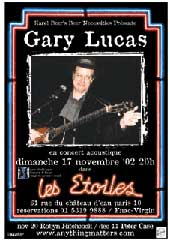 Gary Lucas, who is well known for his work with Captain Beefheart and the Magic Band as a featured guitar soloist in the early 80's, is an incredibly talented and versatile NYC-based guitarist / singer / songwriter who has earned a worldwide following in his own right over the last several years.
Gary is known for his brilliant solo guitar work ("A true axe God," -Melody Maker), the long-standing band Gods and Monsters (based around Lucas' guitar and songwriting encompassing almost every style imaginable) and his work with many other outstanding musicians, including contributing songs and guitar for the major label debut albums from Jeff Buckley and Joan Osborne).