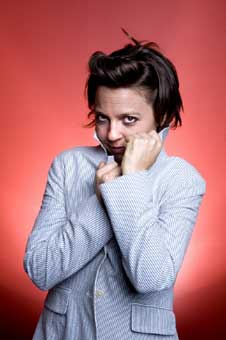 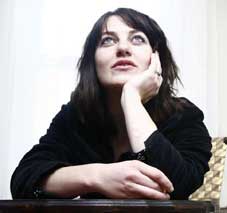 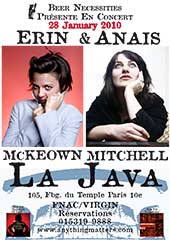 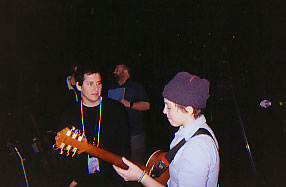 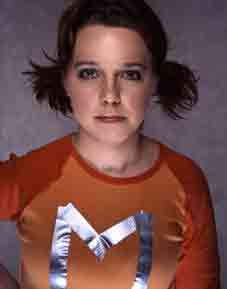 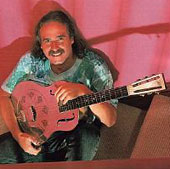 25-year-old Erin McKeown is a rare find.
While the category of singer/songwriter continues to wander down the path of certain homogeneity and female artists become, by and large, either Britney/Christina knock-offs or dubiously tortured souls, Erin offers something that threatens to move the goalposts.
As long as music fans continue to yearn for the acerbic wit of Randy Newman, the innovative stylings of Bjork and Liz Phair, and the intricate arrangements of
Elvis Costello, Erin's latest and third full-length record,
"Grand" will prove necessity in any music lover's collection.

Ken lives in the Hawaiian Islands andhas many major performing and recording credits to his career. He was influenced by the rock and roll and blues scene of San Francisco where he lived until 1968, when his family moved to Hawaii. Ken immediately absorbed the island culture, teaching himself slack key and using his blues slide background to become known in a short time as an authentic traditional acoustic Hawaiiian steel guitarist.
He has played with legendary local performers as Gabby Pahinui, Raymond Kane, Auntie Alice Namakelua, Atta Isaacs, and Sol K. Bright. Along with his flourishing Hawaiian music career he regularly tours and records with Charlie Musselwhite, Elvin Bishop, Todd Rundgren. 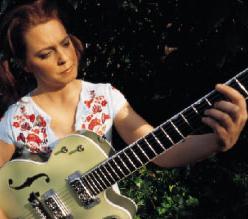 This young lady accomapnies herself on the guitar even better than she did me on the scooter (with or without a helmet)... fearless and light - a delightful evening with Erin & Rene. And she was so happy to learn that her deorine Edith Piaf used to get down on a saturday night in the very same Java.
Karel

“Despite her youth, Erin can do it all.... from pop rock to blues to jazz to trip-hop, infusing her songs with surprises like Tom Waits-ish storytelling, Sixties pop stylings and Fifties “ooh-wahs.” Fear not: There’s no identity crisis here. McKeown owns these songs, and they effortlessly connect to each other, forming a fertile foundation for her engaging theatrics.” Rolling Stone

“Has a sepia-tone voice that belies her 25 years, slips easily from the speakeasy smolder to ingenueish indie- rock.” Elle

“Writes intriguing lyrics and sings them in a cool glassy voice. The gal’s got something.” The Guardian

“Unlike any other American singer-songwriter you’d care to mention… Irresistibly infectious and entirely sublime.... clearly one of the US’s quirkier current music exponents.” Q

“In several distinctive ways, voice, dynamic subtlety and above all sheer songwriting ability, she is in a class of her own.” Sunday Times

“Has forged a unique musical identity for herself. Like a one-woman version of the Be Good Tanyas... folk jazz hip-hop country rock that doesn’t fit quite anywhere.”
Uncut

“Has an entrancing, easy voice and an early-jazz vibe, she’s cool, she’s funky and, is a natural, grooving on throaty licks and sinuous rhythms.She’s just plain WAY talented.” Boston Herald

“A breath of rarefied air in the guise of an anachronistic songstress... Her operative mood is effortless grace. Let it whisk you away.” LA Weekly Preview

“The kind of smart, ambitious songwriter Randy Newman and Susan Vega fans should seek out.” The Washington Post