Laughing Matters Presented
Out of The Whirlwind
& Into Paris
Tommy Tiernan 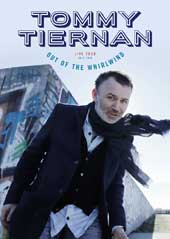 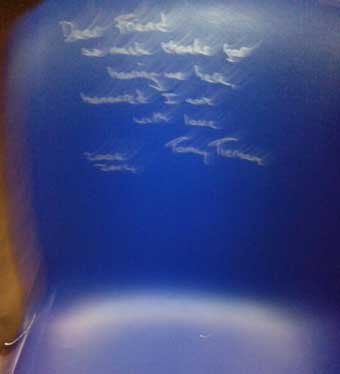 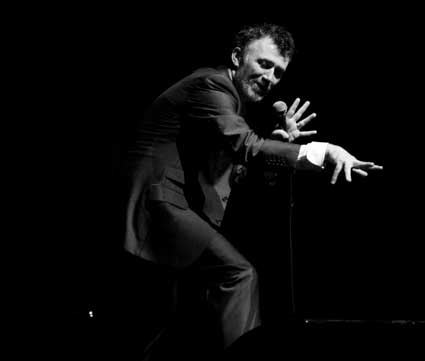 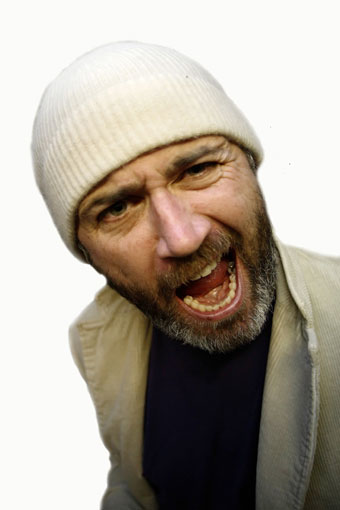 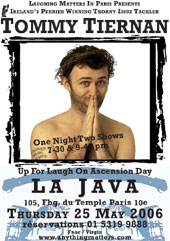 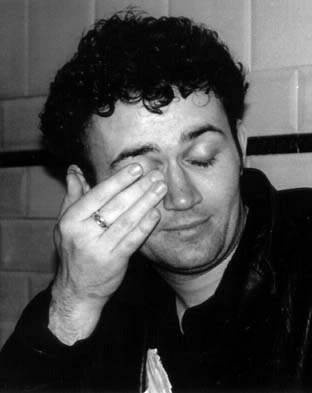 Award winning Irish comedian Tommy Tiernan returns to Paris after his outstanding performance at the New York Irish Comedy Festival. Tommy made a huge name for himself by winning the 1998 British Comedy Award and the Perrier Award at the Edinburgh Comedy Festival in 1998 which led to appearances in a series of Movies including; "The Matchmaker" in which he co-starred with Denis Leary and Janine Garofolo.

At present, Tommy is following his acclaimed B.B.C. Comedy Special with a sell-out British tour and will be co-starring with Hollywood's golden girl, Kate Hudson, in the upcoming movie," All About Adam".

Tiernan's act takes us on a journey filled with off-beat twists, hysterical stories and brilliant one-liners. Whether vividly reliving childhood memories or sharing his acute observations of the world at large, his unique mixture of honesty and originality guarantees that there is no other performer like him.

"Tiernan has emerged as the show's breakout star…can the Tommy Tiernan hour be far behind?" - The New York Irish Echo

"He...has a comic ferocity resembling that of Billy Connolly.." - The Times

"A series of striking stories, splendidly told and continually adapted in the telling. A show anyone interested in stand-up ought to see" - Time Out

"He has a charm that could sooth a bank manager. Tommy Tiernan. Remember that name." - The Scottish Express

"Made me laugh more than any other comedian….taking stand-up to a higher level" - The Daily Telegraph

"He is so talented…has everything going for him…" - The Express 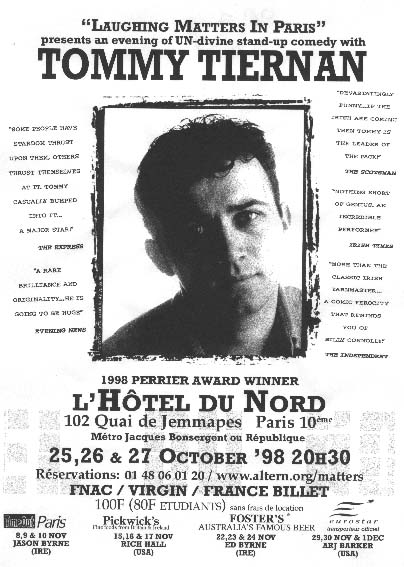