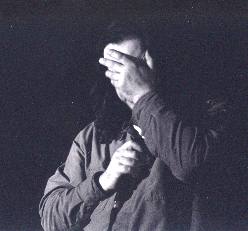 A spot of surfing the web may reveal the reason why Rob upgraded his name to Robert for the confusion out there is plenty. There is a footballer called Rob Newman who has more sites than he's scored goals (61 goals). The soccer Rob has played with squads as prestigious as Southend, Bristol City, Ashton Gate, Motherwell, Wigan and Norwich. Then there is another Rob in Tasmania who has a wife and kids but little else other than a computer. Lurking in the depths of the web seems to be some troublesome young Hollywood movie-star, but he's a little hard to pin down. There are Rob Newmans galore in fact but now there is only one Robert Newman who will be making a most welcome return to Paris after last Easter's shows when he floored us with his Proustian grasp of all things French and his remarkably slurred delivery. Truly monumental shows and we all rued that he was only available for a couple of nights. This year he will be here for the 3 day long-haul and will no doubt bring us up to date with the state of globalization, José Bové's collection of criminal records and Jarvis' current penchant for things of a charmingly sordid nature. Since his last visit he has been in both New and old Mexico to research his third novel and shortly embark upon a major UK tour. 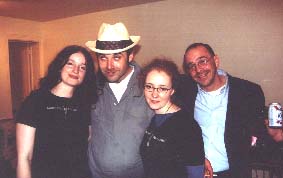 We tried to book Rob Newman, as he was known then, back in 1998 when he made his successful return to stand-up in Edinburgh. His shows were sold out solid and we knew that the only way we could get to see a quarter of the Mary Whitehouse Experience or a half of Baddiel & Newman live was to bring him to Paris. It's taken 18 months but we're absolutely delighted that we can spend the Easter bank holiday in the company of a Newman in Paris