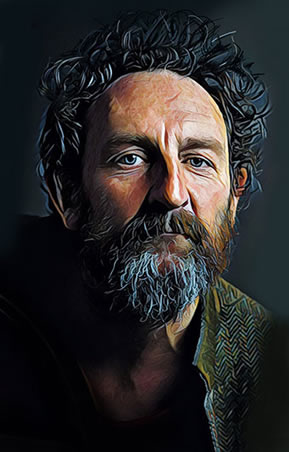 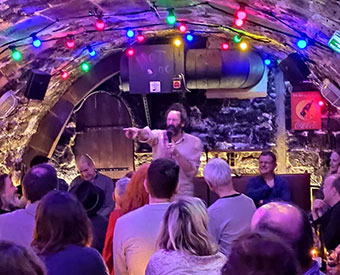 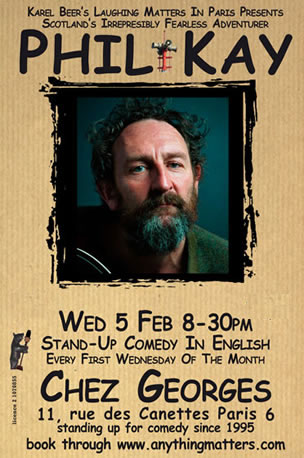 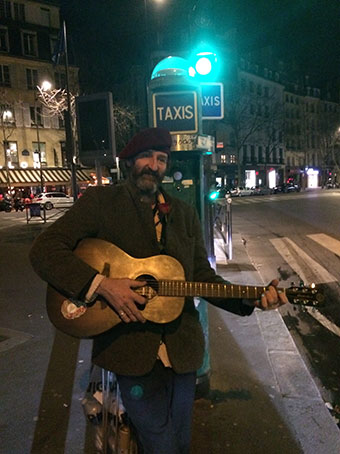 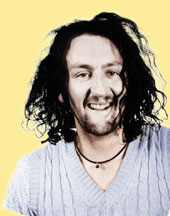 when he was here in 2002 phil came he saw he conkered, he locked me out of my office at 2 a.m.,
lost me a mobile phone, had the bike stolen that I rented for him,
dropped my guitar several times and had six Time Out staff members ejected from the gig !
That's the high priest of brinkmanship... oh and then when he arrived back in England he called to say he'd left his own phone in a shop near the canal...
he was back in 2004 for shows in both Paris and Milano
(from where he had every intention of copulating in a gondola in venice during his sojourn)
be prepared for nothing being prepared 'cause anything can happen and almost always does
when Phil very special Kay comes to town. 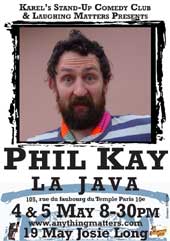 Laughing Matters presented
Phil Kay
Lock up your bicycles the lad's back ! 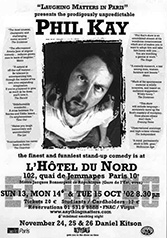 The last time Phil was here he lost, mobile phones, a bicycle and various articles of clothing but he made a lot of new friends and even more people crack up with laughter... one of the all time great stand-up unpredictables and the one who started the comedy ball rolling at the HdN seven years ago.

Laughing Matters in Paris
he came he saw he conkered,
Phil Kay 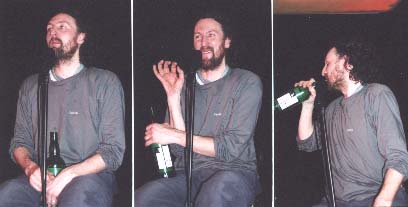 The photos are in colour, the whisky is in Phil

When Laughing Matters moved to the Hôtel du Nord in 1997 Phil Kay inaugarated the new venue. He not only pulled the old red velvet curtain off the back rail but also one of the biggest crowds we'd seen for comedy in Paris. After his two nights of mind blowing free-form hilarity it was decided that in future we should spread future shows over three nights and get him back for some more high octane nonsense as soon as possible. It has taken three years for one of the finest and most spontaneous comedians, on or off the circuit today, to fit us into his erratic schedule, but it is certain to be worth the wait. For those of you who have never experienced one of his tours de forceps, Kay's comedy is a unique blend of anarchic energy, jokes, improvisation and Olympic leaps of imagination which leaves an audience dazzled and helpless with laughter at the same time. He possesses that rare gift of making an audience feel like they're kids again and an active part of his practical jokes. To go to Phil's shows and expect stand-up would be a big mistake anything can happen and invariably does. Last year on Channel 4's 'Big Snog', Phil was to be found leaping in to the audience on top of a surf board and riding the Mexican Wave to the back of the studio. What other comedian would do that - and get away with it? Plus we've got a new black back curtain since his demolition job. 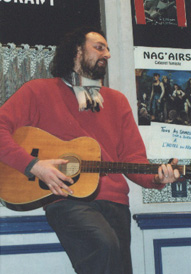 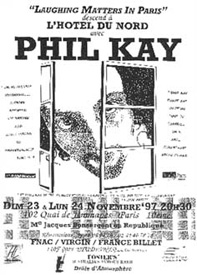 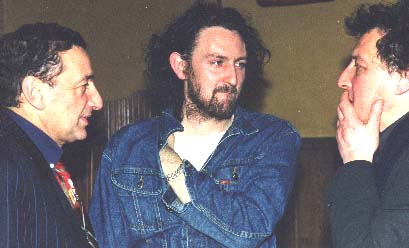 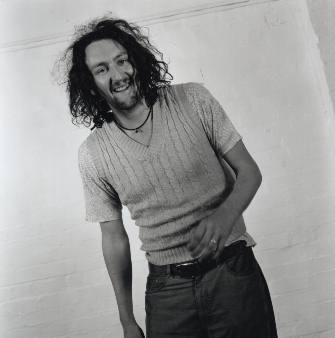