Stand-Up Comedy with from the US of A
Rene Hicks 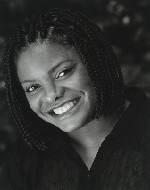 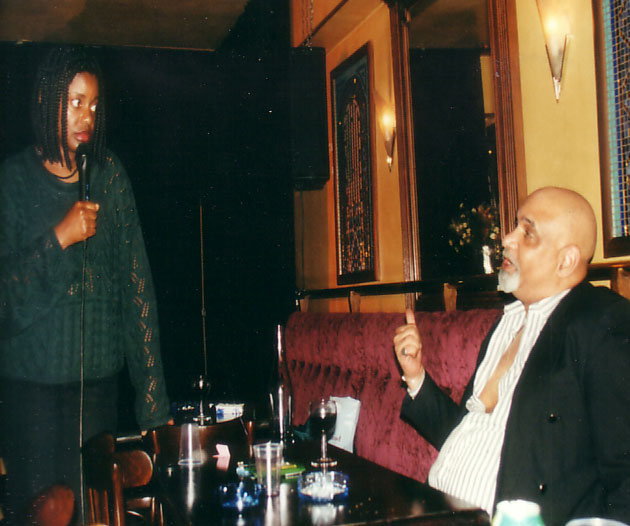 Not quite sure whether it is the Laughing Matters reputation or the lure of Roland Garros and the Williams sisters that attracted top black, female, American, comedienne Rene Hicks to Paris. But this one-woman minority group is the funniest stand-up comedienne in any category.

Big star in the States… in case you haven't noticed you don't know how lucky you are to see performers of this calibre!

Take a woman born and raised in S.F. under the strict, watchful eye of her dad, a Pentecostal preacher, who insists she goes to college to make something of herself. She earns a business degree and after graduation she passes the CPA exam and goes to work at one of the largest accounting firms in the world and settles into life as a Certified Public Accountant. Then one night, with some friends, she goes to a local comedy club and on a dare-sweetened by $100 and the knowledge that her favorite comedian, Robin Williams, got his start there, she gets onstage to do an unrehearsed routine. Let the audience laugh uproariously and then less than a year later, let that spontaneous woman take a leave from number crunching and hit the road that leads to comedy success. This is the real life story of René Hicks.

Now a comedy club veteran, René has performed her intelligent and universally appealing humor in countless clubs across the country, resulting in her having been nominated for this year's American Comedy Award for "Best Female Stand-up". She has appeared on numerous television shows, including ABC's "Politically Incorrect", Showtime's "Full Frontal Comedy" and NBC's "Comedy Showcase" with Louie Anderson. She has also guest starred on ABC's "Hangin' with Mr. Cooper" and appeared in "Low Down Dirty Shame" with Keenan Ivory Wayans. René is also enormously popular on the college campus circuit, having performed at over 400 colleges and universities throughout the U.S. She is a two-time recipient of the coveted National College Comedian of the Year Award and has been nominated for four years straight. Making the move from accounting to comedy was obviously a sound business decision for René, as being funny is her greatest asset.

Wherever René's exploding career takes her, she will always feel at home on a stage, with a mike and a stool. "I think stand-up is the only art form where you're really intimate with the audience; you get directly into somebody's psyche. You know nothing about them, may have nothing in common with them, but still touch them." "That's why I truly love doing comedy, because laughter brings people together and we need a lot more laughter in this world and a lot less of the crap that divides us." 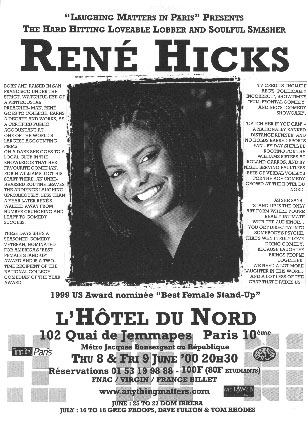