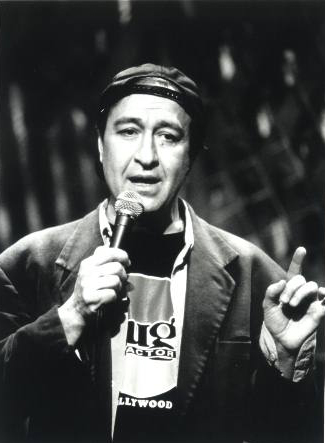 One of the most exciting things about putting on stand-up comedy in Paris is when a top flight comic is set to drift through the city and can't resist the opportunity to perform here. Such is the case with Dom Irrera, a major star back in the USA, he is a man of many faces and voices, each funnier than the last. With a quick change of expression and dialect he moves from character to character in a non-stop commentary on the human comedy. He can mime humour from any situation and his characterisations are always dead-on. 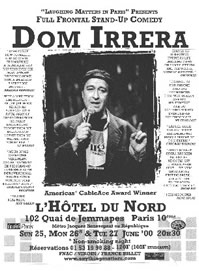